Anarchy can be fun too

Oct. 26, 2015
Moving in nature has been my favorite physical activity since about forever. And it gets even better when the brain is added to the equation. Over the last two summers, Stanko participated to "family vacation" in Zubří - a week organized by a group of orienteering fans that Michal parents belong to. It's located in Vysočina - "the highlands", a pretty part of Czech Republic, making any kind of game in the woods and on the meadows particularly enjoyable. To my pleasant surprise, Stanko quite enjoyed running orienteering races in several variations even as young as three, and I missed we didn't really have an opportunity to participate to such activities in Brooklyn. Hence I made my own race. For a full disclosure, I'm not a seasoned orienteerer, and I assumed, none of the parents of Stanko's friends is - plus a race where the whole point is the navigation may be too dull for kids, I decided to give a game a twist - puzzles and tasks to solve along the way, at the control points. The participants were 4-5 years old. The intention was to design puzzles such that although not solvable by kids themselves, it is possible to explain the idea to them, so that they can help in the "mechanical" part of deciphering.

Props for the game

In the whole game, there were four puzzles to solve. Each solution was a clue to a "master password". In addition, at each control point there was a task to accomplish. We started at Prospect Park Bandshell, near 11th St entrance.

1. The first puzzle was a crossword. Only three stops were marked in the map. The remaining one was the crossword solution. The task was to draw it into the map.

2. The second puzzle. The task was to collect the leaves of five different trees. The park was stunning in the peak foliage, so one more reason to look at the beautiful trees around doesn't hurt.

3. The third puzzle with the deciphering hint (in 15 copies, each took one alphabet stripe starting with A, one starting with Z). The task to accomplish here was a bit more complex. I wanted to add something to remind of and introduce the kids to the real orienteering. I made the standard orange-white control point marks from paper, provided a real map, but only had one orienteering compass. I left it stationed at the third control point. It was meant to be used by one team at a time. Each team took a similar but different problem: Search for a treasure, count your steps: (for instance) 15N, 15E. The participants were meant to follow the said number of steps in the listed directions (determined by the compass), then search for a plastic animal in a ziploc bag. This turned out to be the least successful task of all. First, I hung five bags at the tree branches but due to lack of time, buried the other five under the leaves. I meant to mention this fact ("look under and above") when explaining the rules, but forgot. A ziploc bag on the ground can't be immediately distinguished from trash. Also I should have mentioned what the treasure looks like.

4. The fourth puzzle and the deciphering hint (each row of chessboards serves one team). The task here was to walk across the slackline, with the assistance of a helpline. This on the other hand, was a good idea - especially since the kids were bored solving puzzles already, and needed some physical challenge for a change. By the time the parent+child teams got here, there was complete anarchy among kids (mostly Stanko's former and the current school classmates) who abandoned the game and started playing together, while parents continued solving the puzzles. The feedback on puzzles was pretty positive after all, and only one complained that they were too easy (given that kids weren't solving them all that much). Perhaps making a game for grown ups (taking inspiration e.g. from Bedna, Tmou!, or Brieždenie) could help start a movement in NYC.

Thanks to the absolutely gorgeous, very cooperating weather, and the peak foliage time in the park, I would call the whole event a success. Each kid got the company of others, a certificate, and a chocolate of their chosen flavor (I came up with a pointing system and meant to award the medal positions but by the end, there was no point, pun intended). The parents got an excuse and a chance to not get stuck on the playground for once, and see the park in its depth. However, the next time I would aim the game at older kids who tend to have more patience for solving puzzles - I think it would work much better for 7-8 years old but personally can't wait until we play such games for real with Stanko. If you are interested, here is the complete list of solutions and source materials. 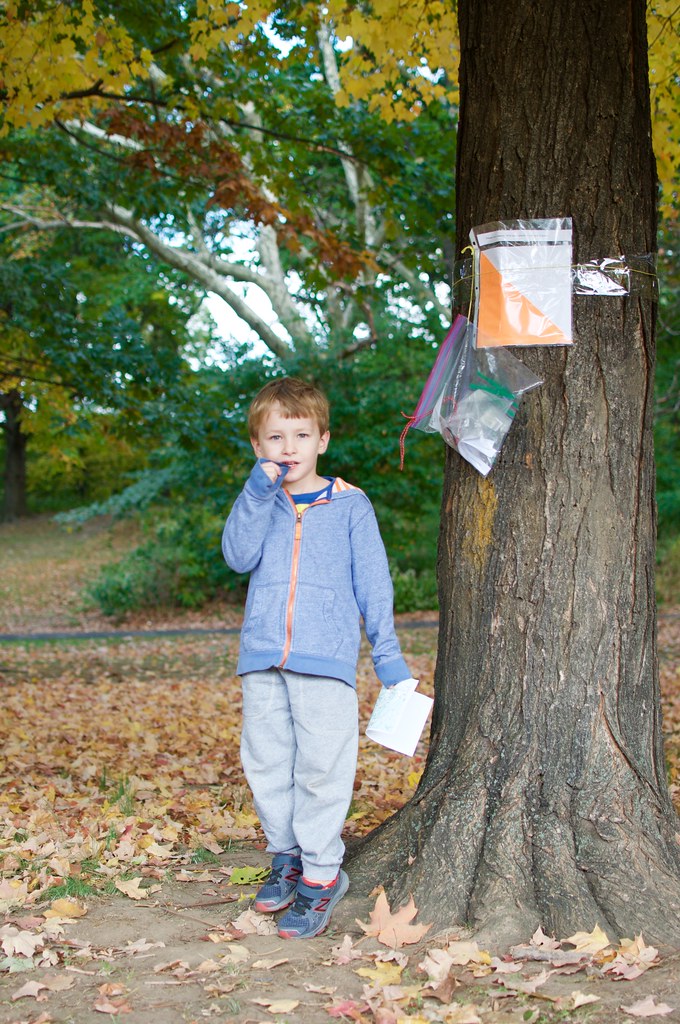 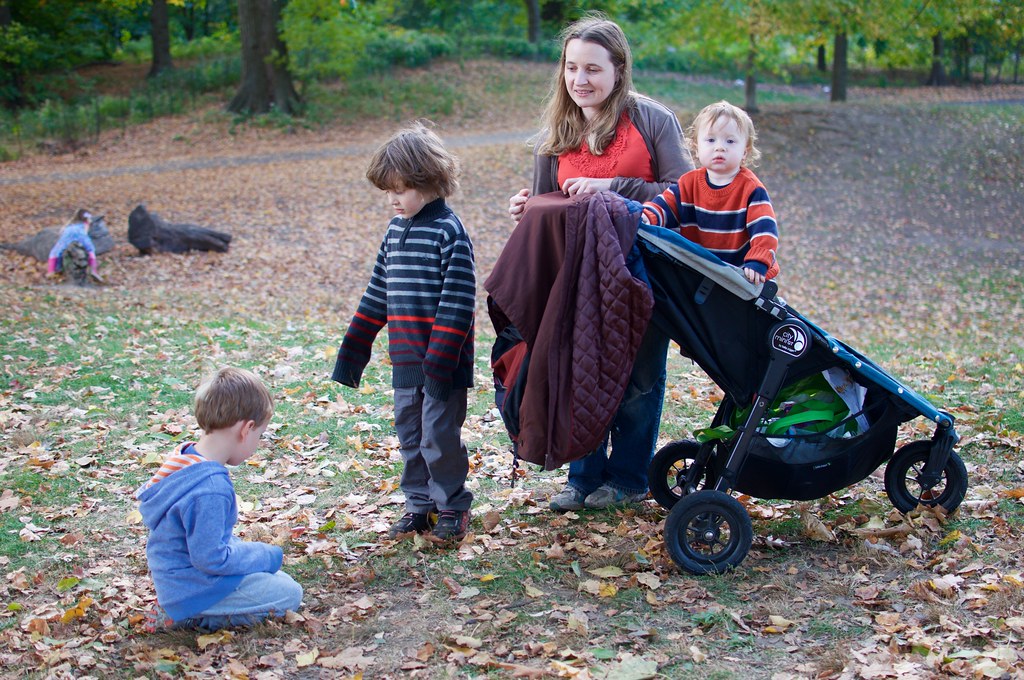