What will you be for Halloween? A Coxsackie virus sufferer.

Nov. 2, 2015
Did you ever hear about Coxsackie virus? Me neither, up until 2 weeks ago. That's when we got an email from Stanko's school that a kid in another class was diagnosed with it. We were watching for the typical red blisters for a few days (the incubation period is very short), then forgot about it.
Stanko, in the mean time, was thinking about his Halloween costume, reflecting his long-lasting obsession with Monument Valley game. He wanted to be Totem, the friend (which he affectionally calls "the friend"). However, to get the message through clearly, I couldn't think about an implementation that does not involve being dressed in boxes, similarly to the linked post. That's what we've already tried and failed (hot air balloon with a basket, and a traveler inside - Stanko was wearing it for about a minute 2 years ago), and hence I suggested him to dress up as a crow (he refused the idea of being princess Ida, because "that's for girls").
The costume was fairly simple - it involved a black cloak, that I shortened a bit for Stanko, a beak made of a sector of black paper, coated in transparent tape for durability, and a paper model of Totem, worn as an accessory. To make the idea even clearer, Karin was dressed as princess Ida with a toy resembling one of the treasures she hides in her hat. At least the costume duo premiered on Friday, when Stanko had a mini-parade with his class. 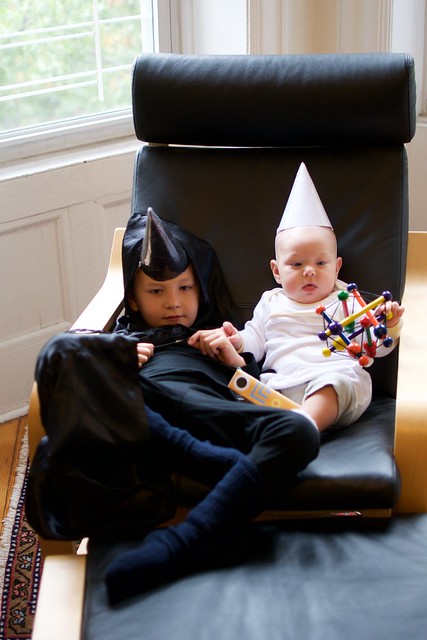 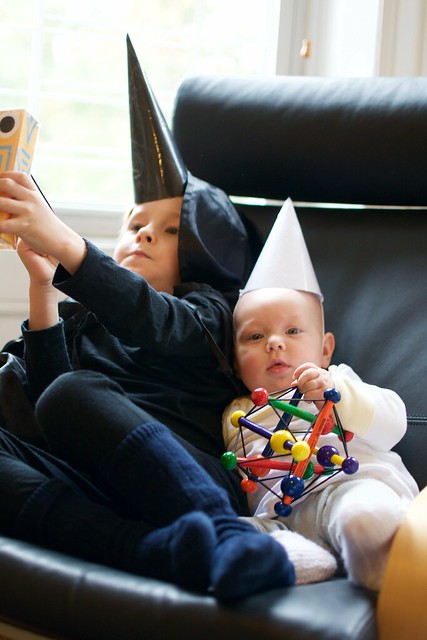 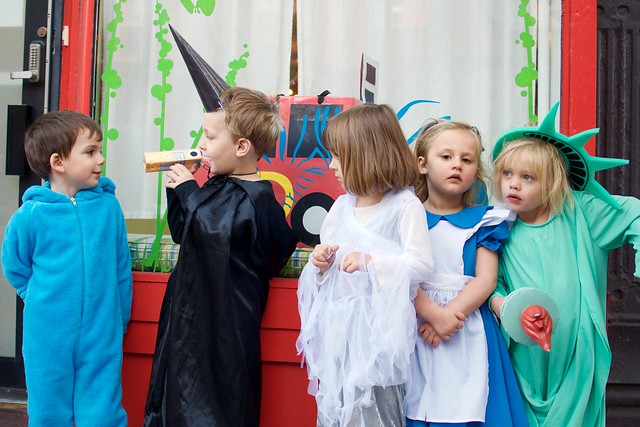 So back to Coxsackie virus. After the pre-Halloween party at my work, with Stanko running, jumping, playing with dogs, and generally being in constant motion, he started to complain that his foot hurts. I found that it was slightly swollen, and assumed a minor injury. Next day he was at his usual self, and we were getting ready for trick-or-treating, and watching the parade. Not long after leaving the house, he started to complain again. So back home we went, checked his legs, and found out that they were covered in painful red blisters, in addition to a swollen ankle and foot where the lesions were the largest. I remembered the old email, checked for symptoms, and think I have a diagnosis. Given a wide range of possible ways the infection presents itself, it's hard to say if his case is typical. At least he didn't have any fever, or malaise resulting into being fairly annoyed and annoying. He also didn't have herpangina which is said to be the most unpleasant of the possible symptoms - he seemed merely intolerant to wearing shoes. Hence we had it pretty quiet - no trick-or-treat, no parade, not even marathon cheering - just (board and other) games, and reading and watching stories. It could have been a perfect fall weekend, if the weather wasn't just so abnormally great that it felt like a sin to be at home. 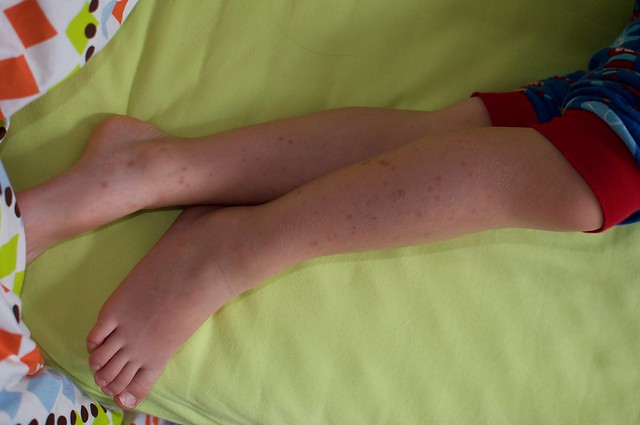 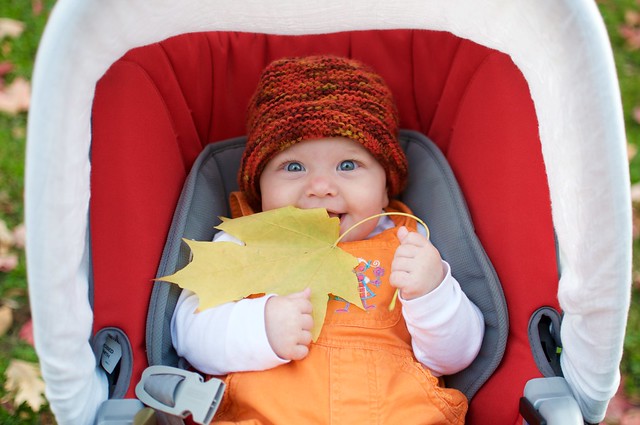 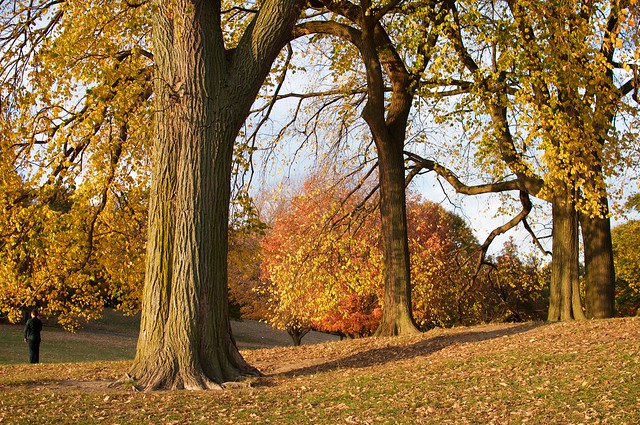